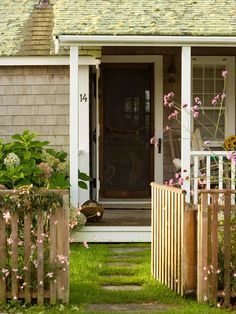 Over time, the “letting go” nature of Silence Practice begins to yield “backdoor revelations.” And nothing quite prepares us for the immediate freshness of one of these transparent (open) moments. It is like discovering hidden treasures in the most unlikely places or times.

In the heightened mood of a backdoor revelation, we find ourselves in relationship to the world in radically different ways; while being more grounded and present than ever! Backdoor encounters have the paradoxical nature of being both simultaneously natural and new. While feeling deeply relaxed and at home, we also feel a sense of emergence. Something has awakened that I wasn’t aware of before.

Our absorbing frontal-self, with its accompanying world views and mental habits, leaves little space for emerging awarenesses. But through sincere and regular practices of stillness and authentic communication, we build awareness “sensitivities” within the body, and the subtle energy fields around us and between us. We learn to trust the process of leaning in to what we “don’t know,” rather than falling backwards into conditioned patterns of  already-knowing.  We do this on and off the cushion. We practice in every moment we remember. We don’t expect outcome, but we are resolute.

And yet … in the wake of a backdoor experience, we see that nothing prepares us for the vastness of that experience.  Because … a backdoor revelation takes everything we have previously “believed” about the “how-to’s, where-fores, and there-fore’s,” and turns them on their presumptuous heads. That is the simple purity of backdoor action — direct, uncomplicated, and impersonal. And did I mention devastatingly humbling?

Jesus spoke about the first being last and the last being first. He also spoke about the meek inheriting the earth. He never endorsed the known — the power structure — personally, culturally, or religiously. Backdoor revelations displace power structures in every life-facet. In many ways, Jesus’ subversive parables are reminiscent of a Crazy Wisdom teacher. He undermined cultural and religious structures almost constantly. If he were alive today, I am sure our narcissistic ideologies (secular,religious, and spiritual) would become targets for his sharp tongued uncompromising  commitment to Love.

Jesus also spoke of many being called, but few being chosen. I sense that there is a deep calling in many of us, and those “chosen” become servants to the unknown future-of-our- divine-becoming — however reluctantly that may manifest at times. (Even Jesus showed reluctance in the final hours of Gethsemane.) Servants of the not-yet-here future are pulled from familiar or recognizable paths and ways of living, into something far beyond their personal habits or “bucket list.” They are given something far more fulfilling, and yet infinitely more demanding.

The demand is for nothing less than everything. The parable of the rich man not being able to enter the kingdom of heaven addresses the reversal inherent in the backdoor landscape. Our Western tendency to live on steroids of self importance is living “richly.” This creates a certain psychic/emotional/intellectual “fatness” that removes us from direct relationship with Life. Over time, the practice of  “letting go” and choosing to align with stillness and silence, teaches us to travel lightly with our opinions, judgements, and fears — no matter how precious or founded.

The refining process of being “chosen” into servanthood, eventually means that we are available to listen more reliably from a holistic/deeper/higher dimension of Self. We become effective servants for the greater evolution of  God/Self Consciousness. We become increasingly able to see and act from beyond the slings and arrows of the personal dimension. For example, when we are offended, we refrain from throwing stones, and take 100% responsibility for what we are feeling. Moreover, we do this willingly because we know that our life — our True Life — depends upon it. As Crazy Wisdom teacher, Lee Lozowick (d. 2010) would say: “Practice like your hair’s on fire.” When we have nothing left to defend, everything can live through us. We are free to live fully engaged because nothing stands between us and the movement of life.

The evolution of consciousness into higher/more inclusive dimensions is a backdoor affair. Any knowing before hand, or intellectual prowess that might try to lead the way, needs to be released in the uncompromising rigour of backdoor revelations. The mystics paint images with their words, but they do not create very much for us to hang on to. At best, they leave a trace … a fragrance … that lingers long enough for us to realize that we’re being called by a divine reality — distant, but strangely familiar.

1. We do the preparing, Grace does the choosing.

2. Backdoors are hidden when we lose ourselves to front door living only.

3. The backdoor revelation is the Truth of our Heart. We discover that we are home.

4. When we have “steeped” enough in Truth, only the backdoor exists.

5. Backyard discoveries “include,” no matter what habits of fear & judgement  “conclude.”

6. Shared Truth has always been stronger than Separate Suffering.